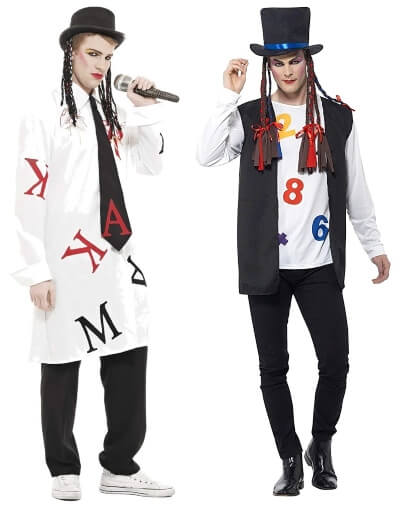 For this post, I'm going to explore the different Boy George outfits and hats that are available, which represent his iconic 80s look.

British band Culture Club achieved success with four top ten albums in the UK during the 1980s, and also a string of top ten hits including Do You Really Want To Hurt Me?, Church Of The Poison Mind and The War Song, to name but a few.

However, it was the worldwide No.1 hit single Karma Chameleon that is probably remembered the most. In particular, the video is remembered for lead singer Boy George's signature look, where he wore a black derby hat with long braids that had colourful ribbons tied on the ends.

If you want to obtain Boy George's 80s look then a hat is the most essential part of the outfit. Perfect for an 80s party, there are many costumes available, both of which include a black hat with an attached wig, long white printed numbers shirt and black waistcoat.

Most of the costumes represent George's Colour By Numbers period, and if you feel adventurous, you could have a go at creating your own costume using an oversized white shirt and painting red and black numbers onto it. The waistcoat is optional, and I remember George wearing the numbers outfit without a waistcoat on stage - see the photo near the bottom of this post.

The shirt is also memorable for the fact that is featured coloured numerals, which is, no doubt, because the album that featured the song Karma Chameleon was called Colour By Numbers.

I prefer the look of this first costume, but it is almost double the price of this next one which is also available on Amazon being supplied by MagicBox...

This colourful, budget-priced costume is available in two sizes 37" to 44" chest. It includes the hat and hair, shirt and waistcoat. The same costume is being sold by Fun Shack (in three sizes), but their prices are much higher as I write.

Now, there are several other costumes also available which I have featured below, although they look rather bland and are pretty expensive. But I wanted to include them here to allow you to choose from a full range of options... 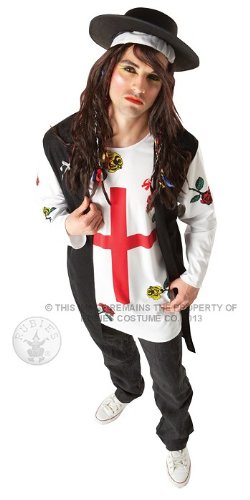 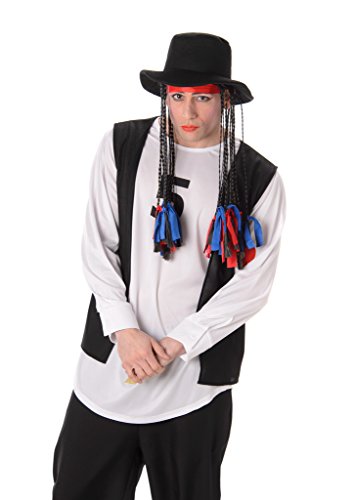 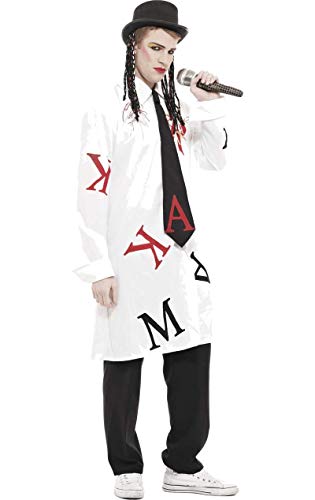 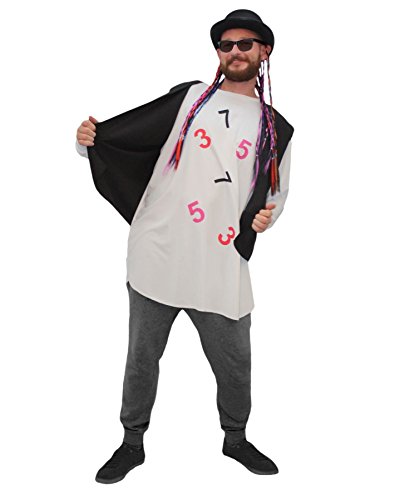 
However, if you just want the hat and attached braided hair then you'll be pleased to know that you can buy one separately. This hat is perfect for wearing to an 80s event, and everyone who knows anything about the great decade will instantly recognise that it's the iconic Boy George look. 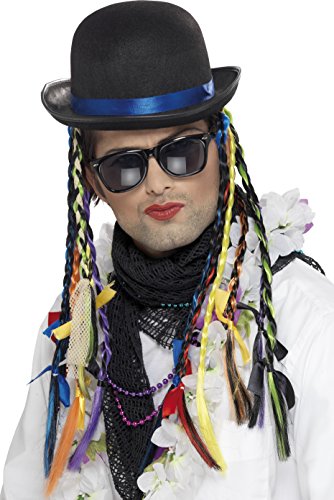 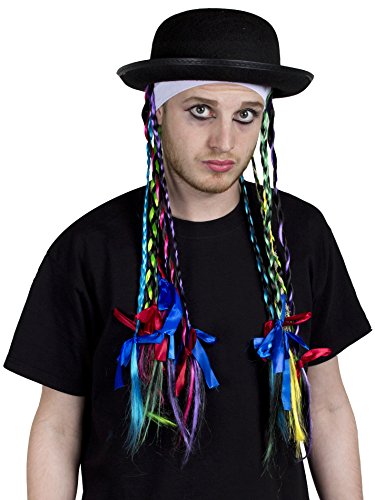 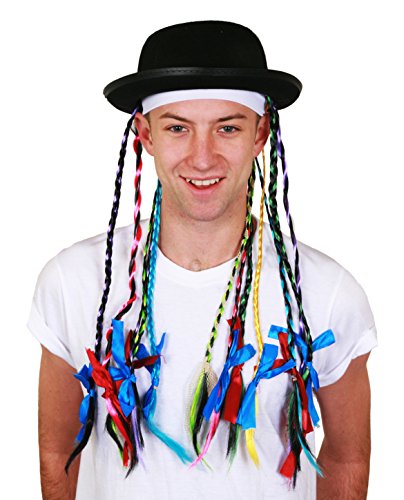 Here are a couple of useful archival images of George in the 80s representing the look you are recreating...

You can see many more 80s fancy dress ideas for men at my website simplyeighties.com.

You may also want to check out the Boy George Costumes page on my website, too.