September 20, 2019
During the early 1980s, it felt like the whole world had gone aerobics crazy. Females everywhere donned leotards, leggings, headbands and legwarmers, and some were even on rollerskates!

Pop stars and actresses were responsible for starting the craze. Olivia Newton-John started a headband fad after the release of here raunchy Physical video in 1981, and the song quickly became an aerobics anthem. And just about every home had a Jane Fonda workout video in their collection - often proudly on display on a book shelf in the living room, or carefully placed on a coffee table for all to see.

However, contrary to popular belief, not everyone was wearing neon. Take a look back at the old workout videos and you'll see a whole range of colours and styles being worn. Some leotards were shiny, some had stripes and others were pastel. Zebra stripes, leopard print, and splatter paint designs were also worn by some. There were often (but not always) accompanied by a big belt around the waist, leggings, legwarmers and a headband. The aternative to the leotard was a sports bra and dance shorts. 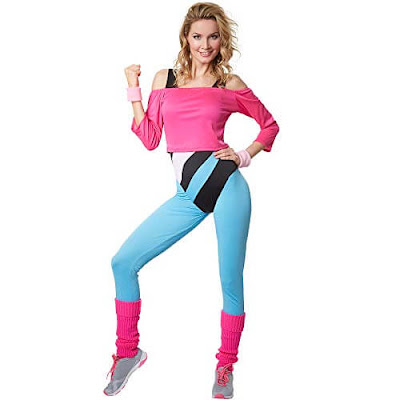 You'll be pleased to know that there are no strict fashion rules. I would suggest that the most important items are legwarmers and a headband if you want that 1980s look. You'll see many pictures on the web of young people trying to imitate the era by wearing bright neon colours.

However, check out genuine photos and video footage from the 80s and you'll see that neon wasn't quite as popular as they would have you believe. Pastel pink and grey were a popular combination, as was purple and pink. Jane Fonda sometimes wore neon yellow or turquoise, but she also wore a red and white or red and black stripy leotard with plain black tights and plain, non-neon leggings. More often than not she wore a big belt around her waist, too, although she never went for the headband.


This video from 1988 shows Jane in a leopard print leotard. Tiger and zebra print were also popular. 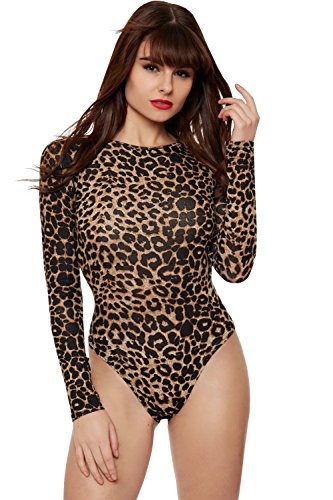 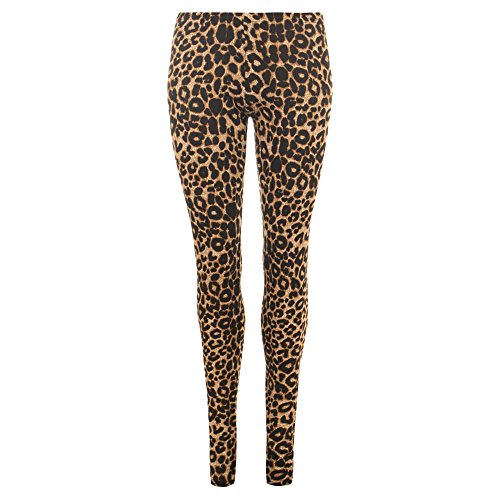 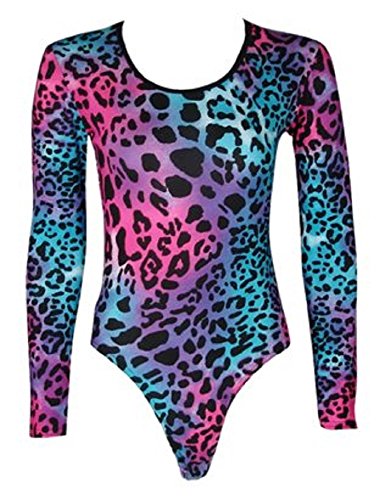 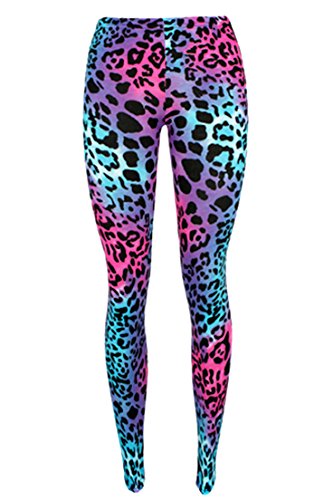 
The look was very different in 1982, with a stripy black and red leotard, black leggings and legwarmers. She also wore a big black belt around the waist.

In this old 80s video cover, Jane is wearing a pink and white striped leotard with a white belt and pastel pink legwarmers. 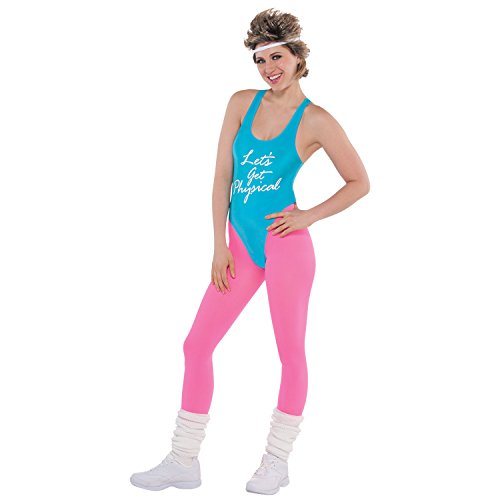 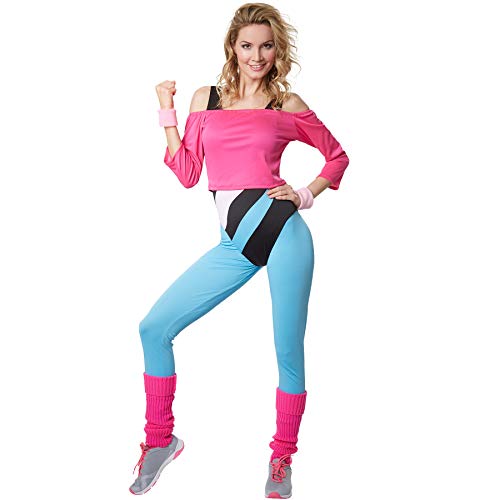 Olivia Newton John adopted neon colours in her 1981 "Let's Get Physical" video. These costumes have a similar look. Here are some more accessories and costumes you may like... 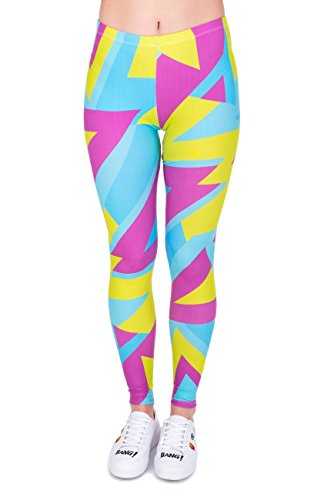 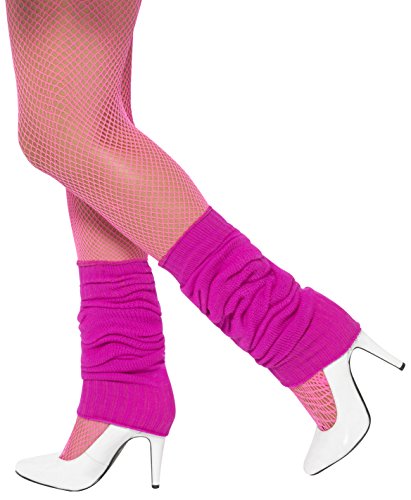 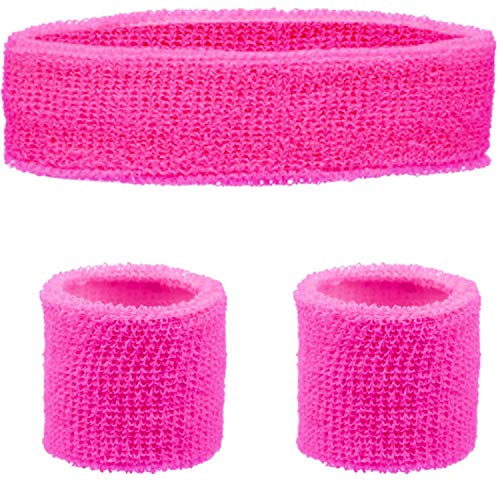 Here are some more leotards and leggings which are ideal for an 80s Aerobics Look... 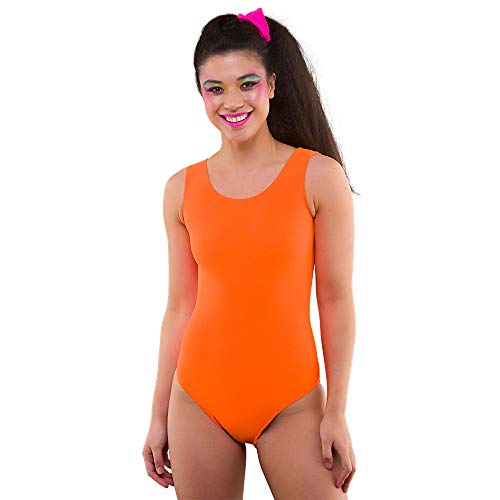 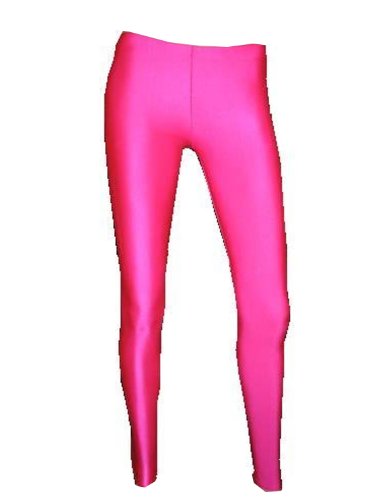 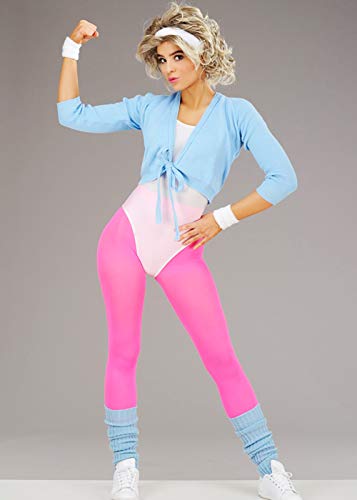 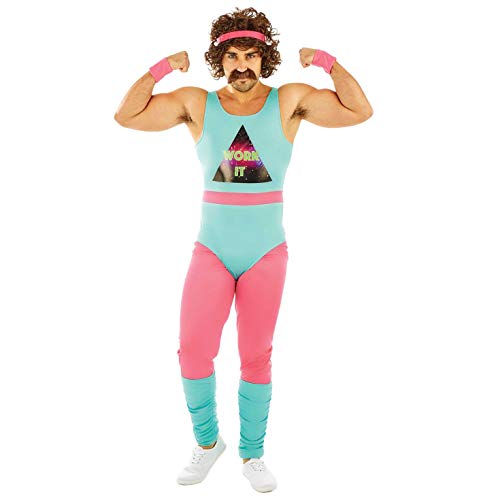 
The first lady on the left in this genuine photo from 1985 has embraced the paint splatter design which was popular for a while. Paint splatter leotards are extremely hard to come by these days, but I found quite a few designs at Etsy. Here are a couple of examples...

Another pattern that was popular in the 80s was paint splatter. I found these paint splatter leotards at Etsy. There are a little expensive, but ideal for creating a quirky aerobics look. 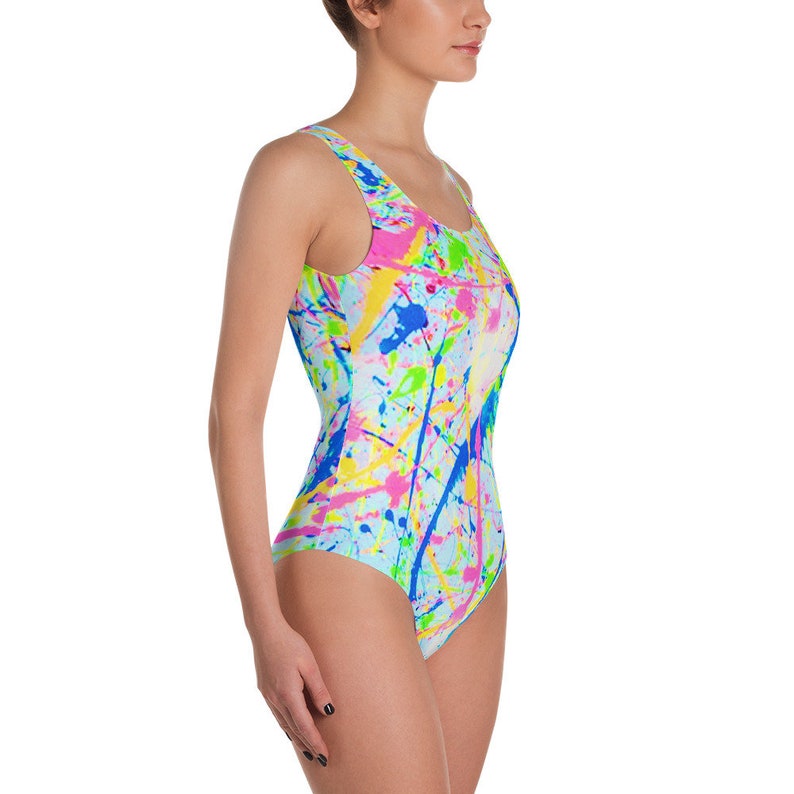 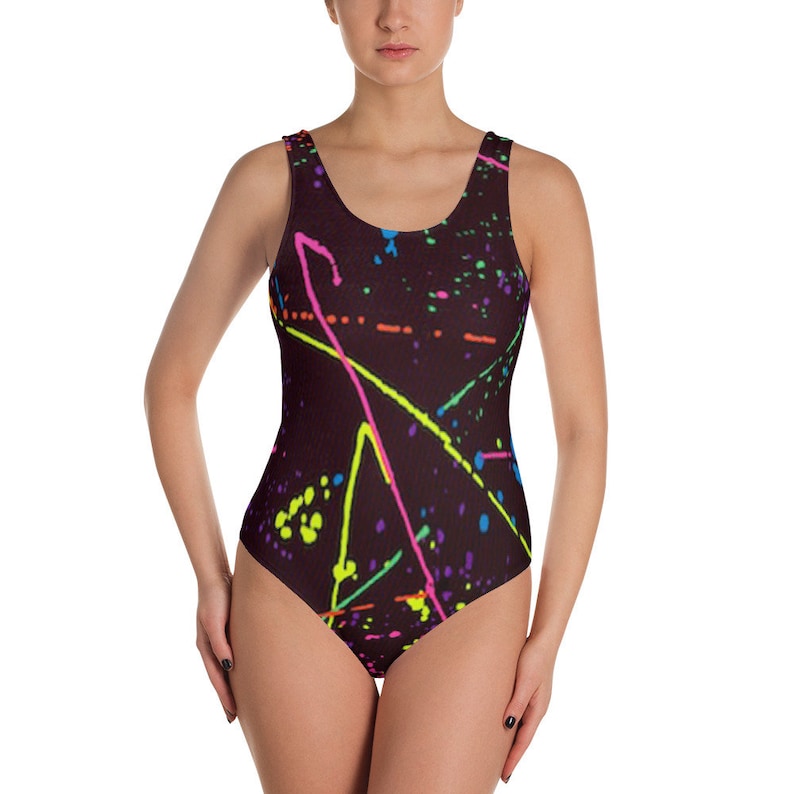 If you going to use your outfit for 80s fancy dress, rather than a retro style fitness/aerobics session, you may like to add some shorts to cover your under carriage... 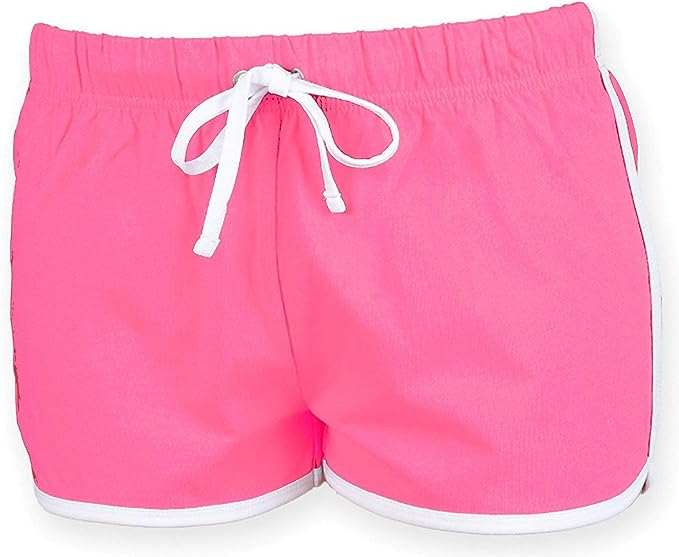 Both drawstring and dolphin shorts with edging lines (like Ringer T-shirts) and V cut on the sides were popular.

What a feeling you'll get dressed as the welder turned star dancer Alex Owens (Jennifer Beals). This is one of the easiest 80s looks to create, and is basically a grey baggy top or/and a black leotard with black leg warmers and stilettos (preferably pink). Here are the best options.. 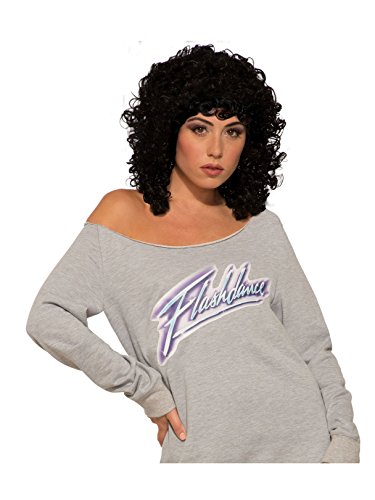 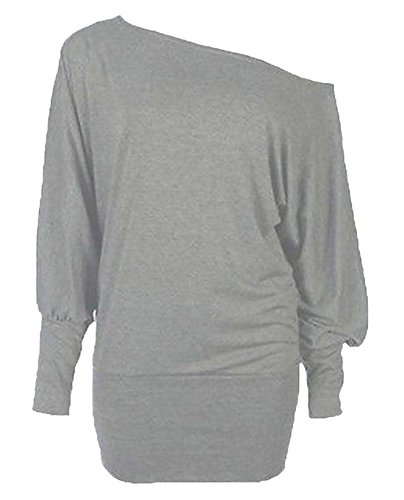 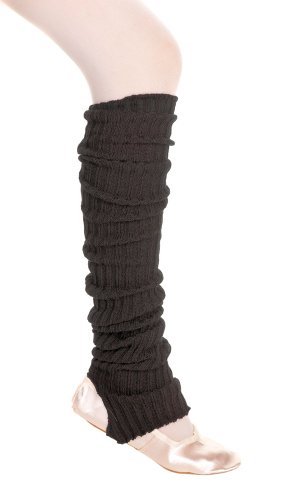 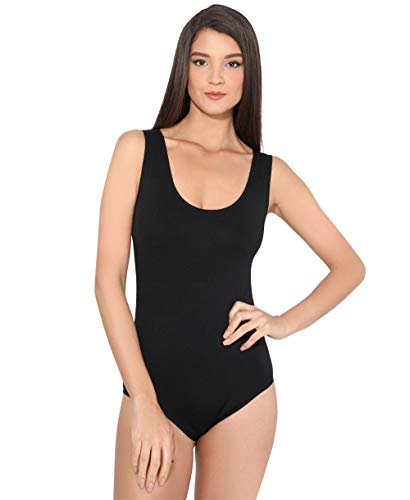 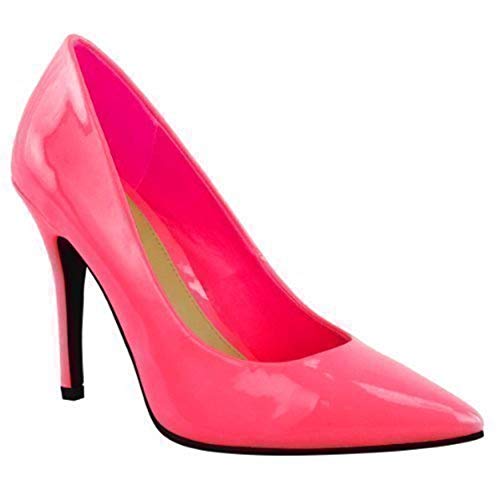 
Well, I think I've covered quite a few 80s fitness, dance and aerobics looks you can go for, and I hope that I've inspired you, at least. You can see more 80s Workout Clothing at our website simplyeighties.com