Iconic Doctor Who Fashion from the 80s

October 12, 2019
If you watched Doctor Who back in the 1980s, then you can't fail to remember some of the iconic (and not so iconic) fashion looks worn by the four Doctors. For this post, I'm going to take a look back at the classic 80s Doctor's costumes, from Tom Baker to Sylvester McCoy.

This is probably the most iconic look from the classic series, and Tom Baker is often voted for as the most popular Doctor in polls. He was certainly my favourite Doctor, and his iconic look was based on a painting of Aristide Bruant by Lautrec.

The costume worn by Peter Davison, featured a style that was based on an Edwardian cricketer. It included a cream-coloured frock style coat, a V-neck cricket jumper, striped trousers, plimsoles and a panama hat. He also wore a celery stalk on his left lapel, and there were question marks printed on both sides of his shirt collar. You can actually purchase an official BBC Peter Davison white cricket jumper from Amazon. .. 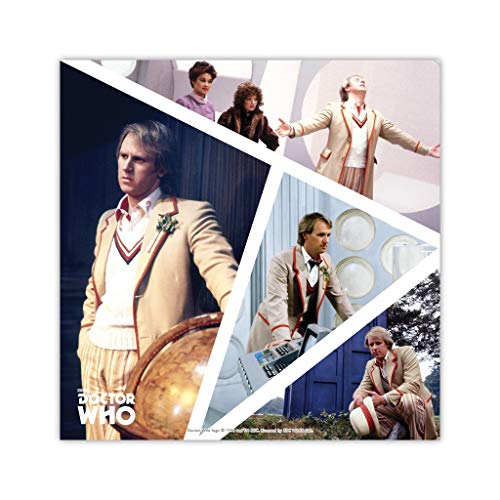 This is arguably the worst of all the Doctor Who outfits, with that unavoidable coat of many colours. Just how do you describe this look? Like a circus clown, maybe?

The only part of the fifth Doctor's outfit to remain was the white shirt with question mark collar. The rest of the outfit included a blue and white (sometimes red and white) polka dot stringy tie, a patterned, dark burgundy waistcoat, black and yellow pinstripe trousers, red spats and green leather shoes. Well, that's a pretty ghastly combination, and it felt like a costume created from left overs from period dramas in the BBC wardrobe.

Although all but the most loyal Doctor Who fans had deserted the programme by the time Sylvester McCoy came on the scene, his outfit was still a memorable and distinctive one, and certainly less clown-like than that of his predecessor.

His outfit was very literal (some would say ill-conceived) playing on the title of the show's title by using a question mark patterened tank top and an umbrella with a question mark handle. For the first time, the Doctor wore a conventional tie. Add to this a lightweight, summery jacket (like the British news reporters wore in hot countries back in the day), tartan trousers, a paisley scarf (sometimes this was plaid), Panama hat with a paisley headband, and a pair of brown brogues, which have seen something of a resurgence in popularity in recent years.